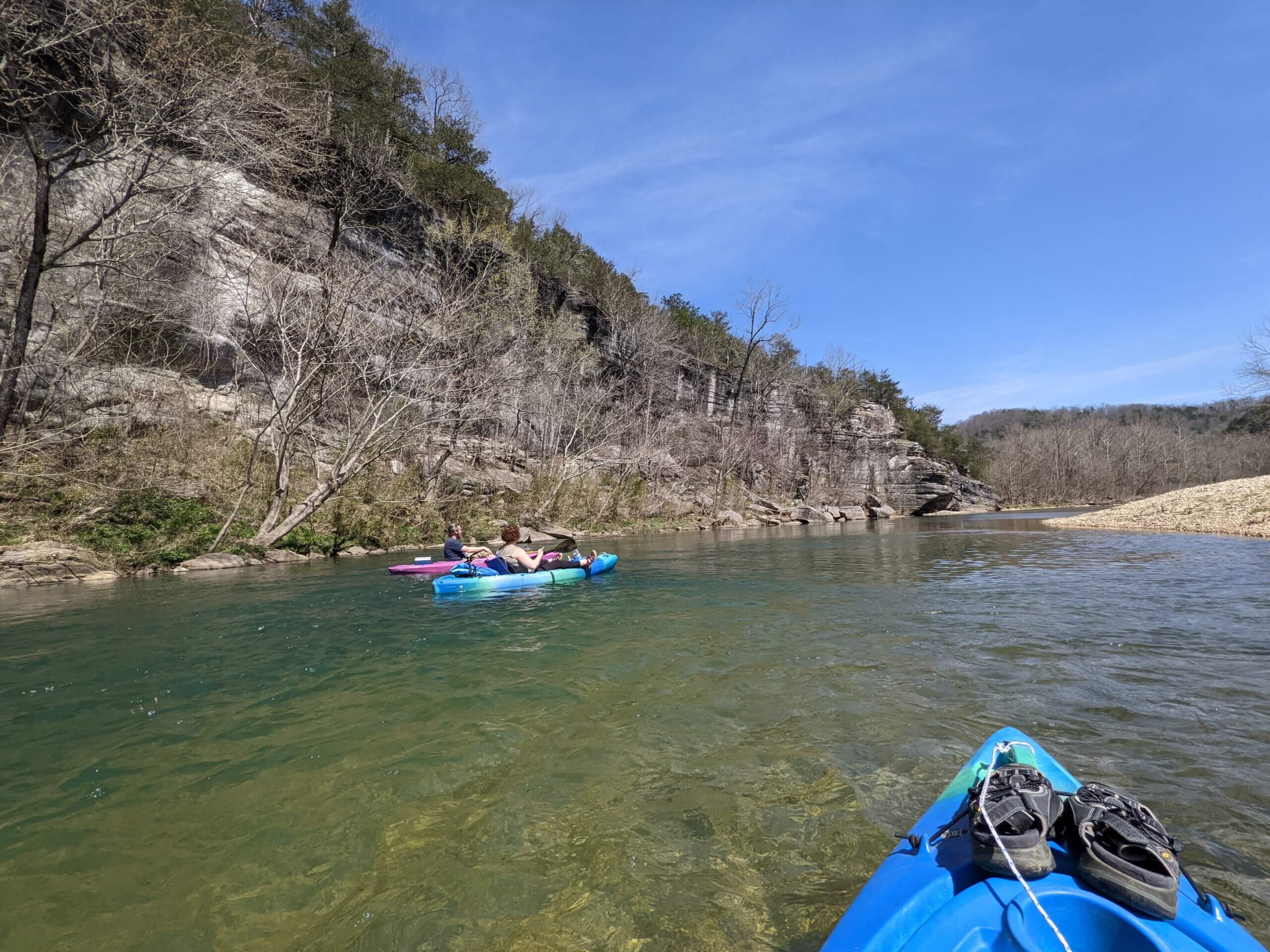 We floated for about 45 minutes in the wilderness. Buffalo National River, Arkansas. Amy found us an ideal home for the night; tall bluffs, shelter with trees, sand for sleeping, sounds of water running over shoals, and a deep clear hole for swimming.

Just as we landed and lazily unpacked the boats, thunder in the distance got louder and the skies blackened to the North of us. Roiling clouds. Zero chance of rain forecast, but no surprise here. We were prepared. We went into 4th gear to get camp set up and shelter made. A big storm was brewing, yet the setting sun and blue skies were on our side of the river. It was hot and menacing. Taking a break in the creek chairs, Amy and I let out a hoot and holler to check out the echo on the bluff across from us.

We were immediately answered by a pack of coyotes. You know that sound that never fails to raise the hair on the arms no matter how many times you hear it; albeit usually in the dark.

A long-standing tradition on Buffalo floats, I waded out to cool off after we finished building our nest. The water was swift from all the recent rains so I walked upstream along the shallow gravel ledge. My intent was to simply float back to our chairs and avoid the deeper faster current midstream. Cool off.

As I was approaching our camp, feet first, I got a peek at the next open gravel spot just past us. I could land there, check that out, walk back in 3 minutes. Hanging near the shoal the current wasn’t an issue. Bump bang ouch. I hit a submerged log and was swiftly dragged over it. The surprise scared me more than the protruding limbs hurt me. As I rolled off of it and was positioning myself to get back to the shore I barked out where the girls could hear me, “Uh Oh. I’ve been hooked!”  “Uh Oh. YOUCH”.

A fisherman’s line and hook had been caught on that submerged log. It was now on my thumb. I reached out in front of me to find the line attached to it and yank it from the log so that it didn’t yank the flesh off my body.

I recall holding the line with both hands with my arms fully extended. I must have done a good job yanking because the hook was now in my right calf. Yet I knew the line had been released. I was half a second from the shore and would get out there and extract the hook from my calf.

The girls had heard my yelps and walked through the trees to ensure my safe arrival. They were waiting for me. I walked up on the shore and there was a little blood on my right thumb and right calf but no hook. There were fang bites. I had been bitten by a snake, twice.  No denying this. It was a snake I had been wrestling to free myself of in the water.

We were 10 miles from the next river takeout with no civilization between. It was 6pm. Storm pending.

Two days prior when planning for the trip we spoke about how to pack and how emergencies are handled.  I let the words hang, “In 20+ years I’ve been floating the Buffalo, I’ve never had to deal with a snake bite. I honestly don’t know how to handle that and always go to great lengths to avoid it from happening.”

Emm had some gel ammonia that had saved her severe reactions to wasps. I had organic tobacco. We applied heavily. They prayed for me. We put a tourniquet on my elbow with the bite closer to my heart. They said we needed to go.

All y’all newbies can’t paddle us out of here in the dark – in high water – to nowhere.  That’s against emergency rules and I kept that to myself. Instead, I said rather “Maybe, hold on. I’m not feeling any poison.” In fact, I was feeling euphoric. The adrenaline was surreal, psychedelic even.

The next day as we’re carrying on with our trip as planned, previous floating events keep coming in conversation. It was the times we overcame adversity that were our strongest collective memories.

It was a medicine snake?

Postscript from a snake nerd friend who saw the pictures:

“That isn’t a water snake bite. Those are fang marks. Non-poisonous snakes have lots of little teeth. We had a pet midland water snake and he bit me all the time. A dry bite is a venom-less bite from a poisonous snake. Lucky as hell is my best guess.“ 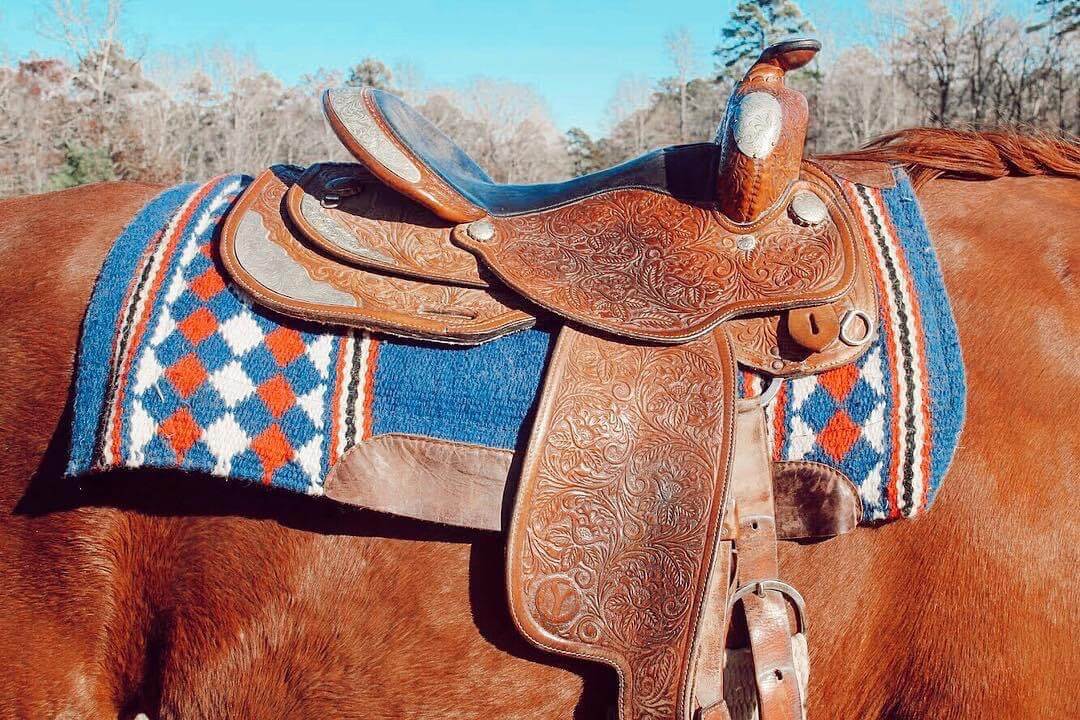 30 May
Uncategorized by Cheyenne Morrow

Horseback Riding in the Ozarks

Do you enjoy horseback riding or want to see what it is all about? You’re in the prime location. There is nothing like riding horseback in the Ozark Nati 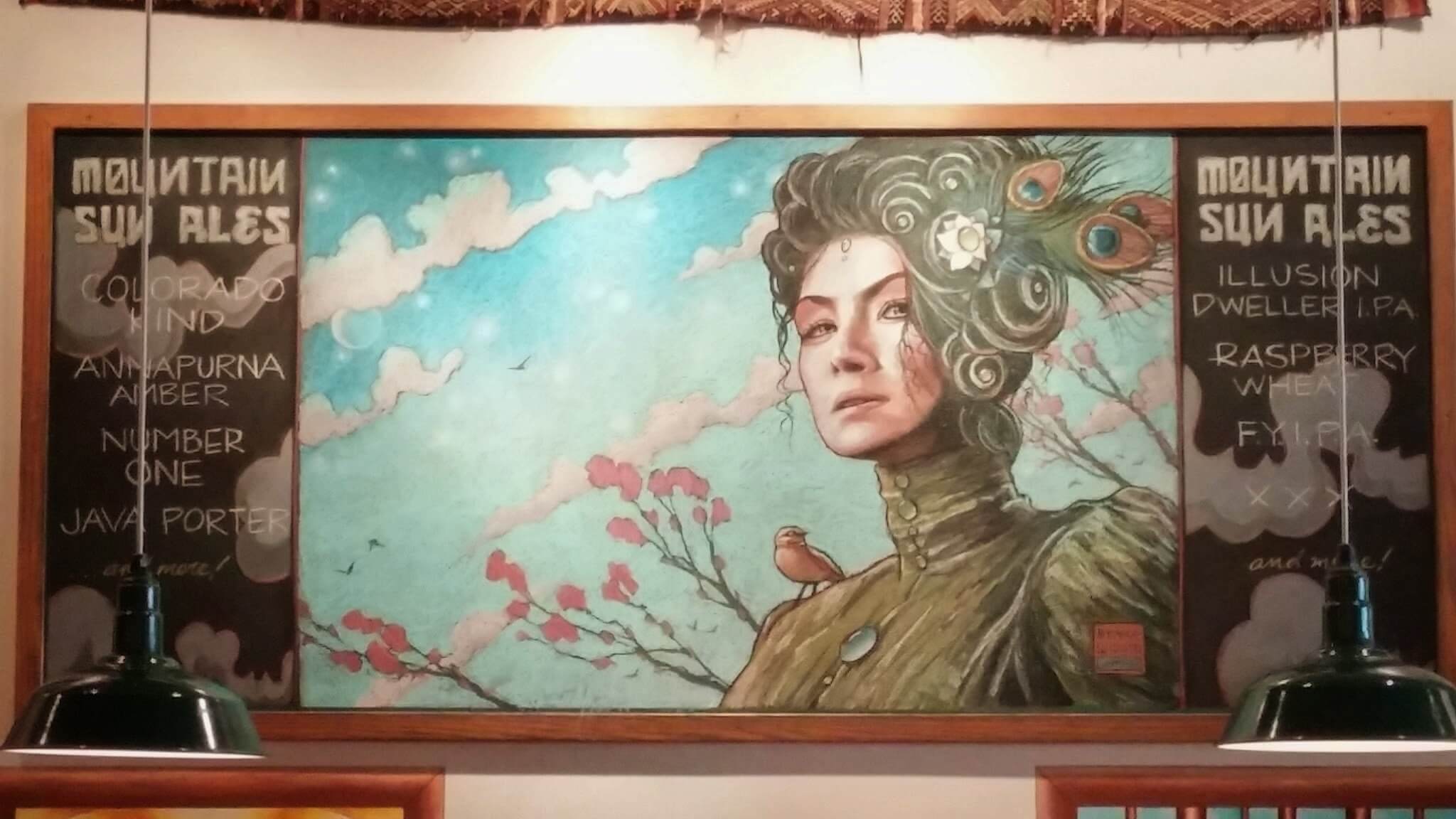 Nov 2021 – Been there. Done that. Here’s a profound event that happened to me yesterday that I intended to document – and share with my staff 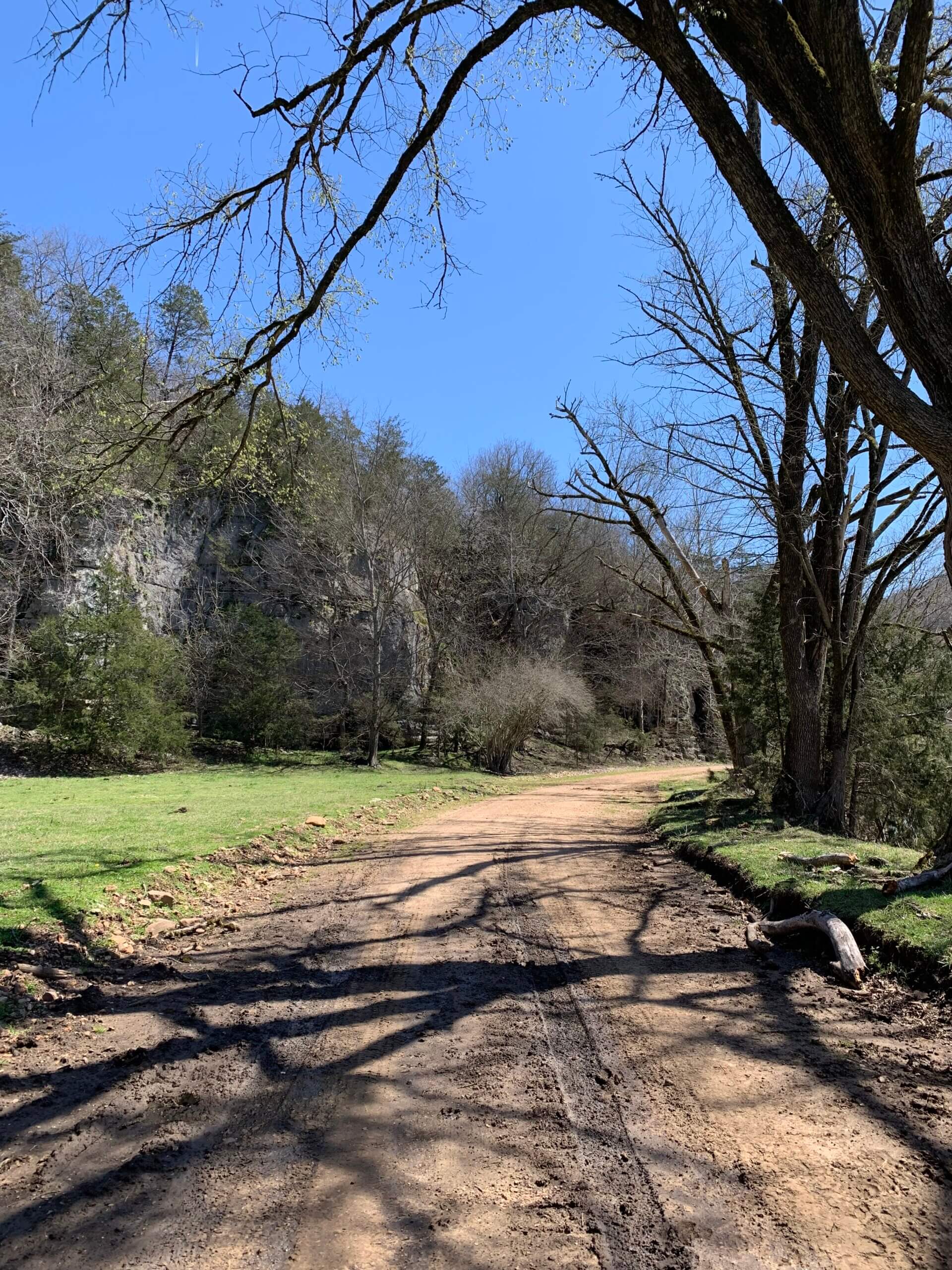 30 May
Uncategorized by Virginia Ivy

There ain’t a better place to truly get offroad than in the Arkansas Ozark Mountains. Anybody want to start an ATV rental near us? We’re asked ofte